A Reading at Studio Theater in Exile’s Black Box Theater

NOT GOD examines the relationship between a patient, her oncologist, life, and cancer. The play, in poetry, was written by Marc Straus. 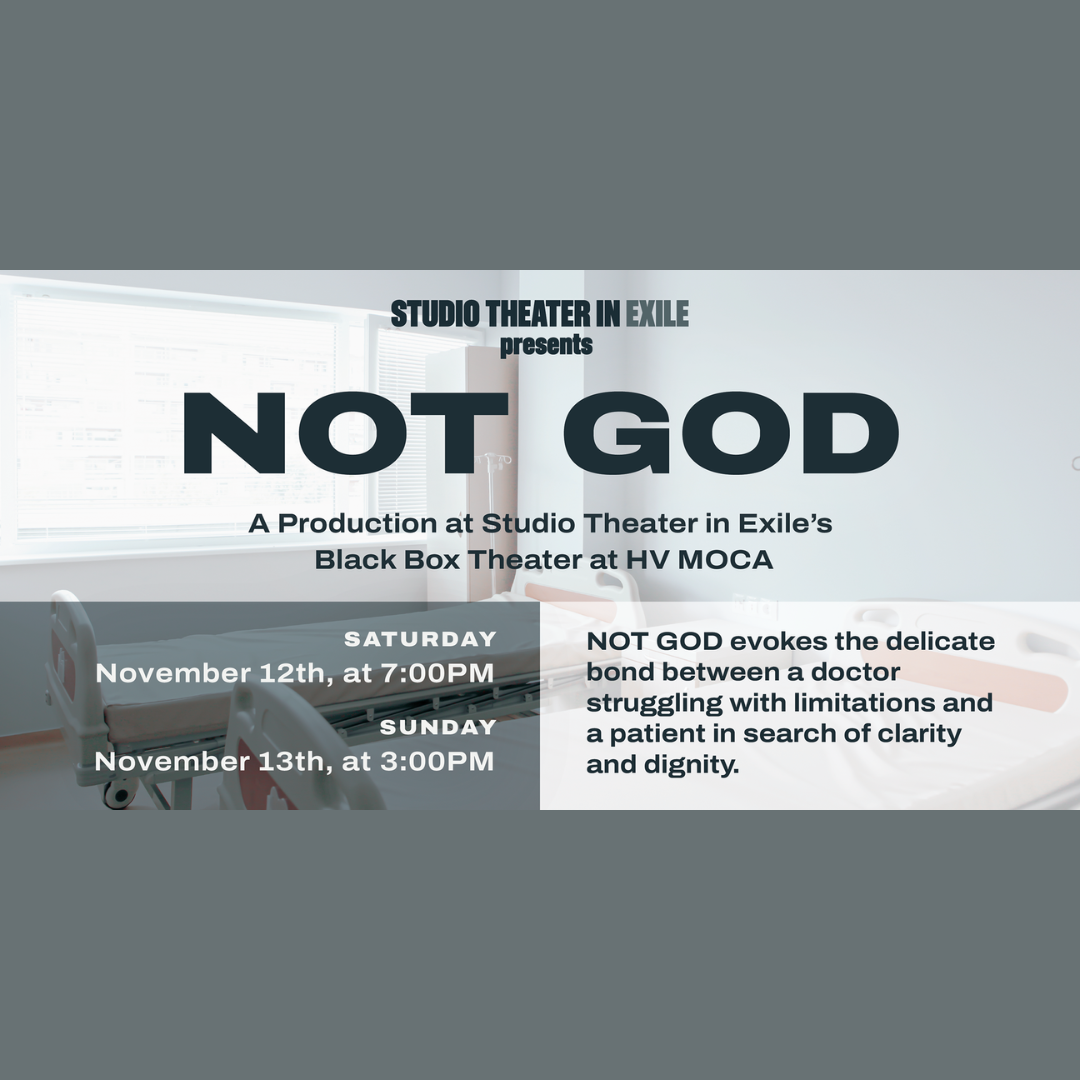 ‍Bettina Altman (Patient) is thrilled to make her Studio Theater in Exile debut. A native New Yorker, Bettina began her acting career as a company member with the Hedgerow Theatre in Moylan, Pennsylvania, where she appeared in numerous productions including Dr. Jekyll and Mr. Hyde (Caroline) and John Guare’s The House of Blue Leaves (the Little Nun). Later, she trained at the Warren Robertson Theatre Workshop in NYC with Mr. Robertson and Clifford David. Local NY credits include: Sweeney Todd with the Elmwood Playhouse; and as the urchin, Indigo, in The Roar of the Greasepaint – The Smell of the Crowd with Penguin Rep Theatre. After a break to raise her son, Bettina returned to acting five years ago while living in Vermont. Her credits there include: Parish Players’ TENS Play Festival; Janet Rolle in the world premiere of One Night in the Valley and cabaret performances as Norma Desmond in Sunset Boulevard with Old Church Theater; Nurse Fleming in Sick Call for the Second Annual Medical Education Symposium at DHMC; a staged reading of The Abortion Monologues at Dartmouth College; Silvia in the world premiere of Silvia and Mary at Sea with the Parish Players; and independent short films. Most recently, Bettina appeared locally as Grandma Kurnitz in Lost in Yonkers with the Antrim Players. Bettina dedicates her performance to the memory of family and friends she has lost to cancer, including her dear and beautiful mother.

Marc J. Straus is a poet, writer, doctor, and art collector who lives with his wife, Livia, in Chappaqua, New York. He is the author of numerous scientific papers and articles on contemporary art, and has published four poetry collections, three by TriQuarterly Books – Northwestern University Press, including Not God, staged Off Broadway in an earlier iteration. His poems and stories have appeared in Ploughshares, Kenyon Review, and many other literary journals. One-Legged Mongoose, a recently published memoir of the years he was ages 10 – 12 memoir and narrated by the boy he was then, has been #1 Best Seller on Amazon. A new play in verse is forthcoming as well as two novels. He practiced medical oncology in the Hudson Valley over 25 years. The Strauses founded Hudson Valley MOCA in Peekskill, NY, and Marc runs Marc Straus Gallery in New York City. marcjstraus.com