Writing Off the Walls

Creativity in the age of CoVID

Brought to you by Hudson Valley & Studio Theater in Exile

AA Bronson, nee Michael Tims, Vancouver, Canada,1946, was a founding member of the artists' group General Idea. During their twenty five year association, General Idea produced work in every conceivable medium, pioneering video and performance work as well as producing artist’s books, photographs, sculptures, multiples, prints as well as installations, and public art projects. They sought to examine and subvert social structures, taking particular interest in the products of mass culture. They began publishing their ideas and work in File, a quarterly journal published in Toronto. In the late 1980s they focused their attention on the AIDS epidemic. General Idea ended when Bronson’s partners died of AIDS in 1994.

Since then AA has worked and exhibited as a solo artist, often collaborating with younger generations Since 1999 he has worked as a healer, an identity that he has also incorporated into his artwork. From 2004 to 2010 he was the Director of Printed Matter, Inc. in New York City, founding the annual NY Art Book Fair in 2005. In 2009 he founded the Institute for Art, Religion, and Social Justice at Union Theological Seminary in New York City, which he now co-directs. In 2013 he was the founding Director of Printed Matter's LA Art Book Fair. He has taught at UCLA, the University of Toronto, and the Yale School of Art.

Return to Writing Off the Walls

Jeffrey Gibson’s multimedia practice synthesizes the cultural and artistic traditions of his Cherokee and Choctaw heritage with the visual languages of Modernism and themes from contemporary popular and queer culture. His work is a vibrant call for queer and Indigenous empowerment, envisioning a celebration of strength and joy within these communities.

Jeffrey Gibson grew up in major urban centers in the United States, Germany, Korea, and England. He received a Bachelor of Fine Arts in painting from the School of the Art Institute of Chicago in 1995 and Master of Arts in painting at the Royal College of Art, London, in 1998. He is a citizen of the Mississippi Band of Choctaw Indians and is half Cherokee. He is currently an artist-in-residence at Bard College and lives and works near Hudson, New York.

Gibson’s artworks are in the permanent collections of many major art museums, including the Museum of Fine Arts, Boston, the Smithsonian, the National Gallery of Canada, the Nasher, the Nerman, Crystal Bridges, and the Denver Art Museum. Recent exhibitions include SCAD Museum of Art (Savannah and Atlanta), National Academy Museum in New York, Institute of Contemporary Art Boston, Cornell Museum of Fine Art, Denver Art Museum and Ruth and Elmer Wellin Museum of Art.  He has participated in Greater New York, Prospect New Orleans, the Everson Biennale, and Site Santa Fe. Gibson is a member of the faculty at Bard College and a past TED Foundation Fellow and Joan Mitchell Grant recipient.  He was included in the 2019 Whitney Biennial. In 2019 he received a MacArthur Foundation genius award.

Return to Writing Off the Walls

A Call to All Poets and Writers

Writing Off the Walls

Creativity in the age of CoVID

Brought to you by Hudson Valley & Studio Theater in Exile 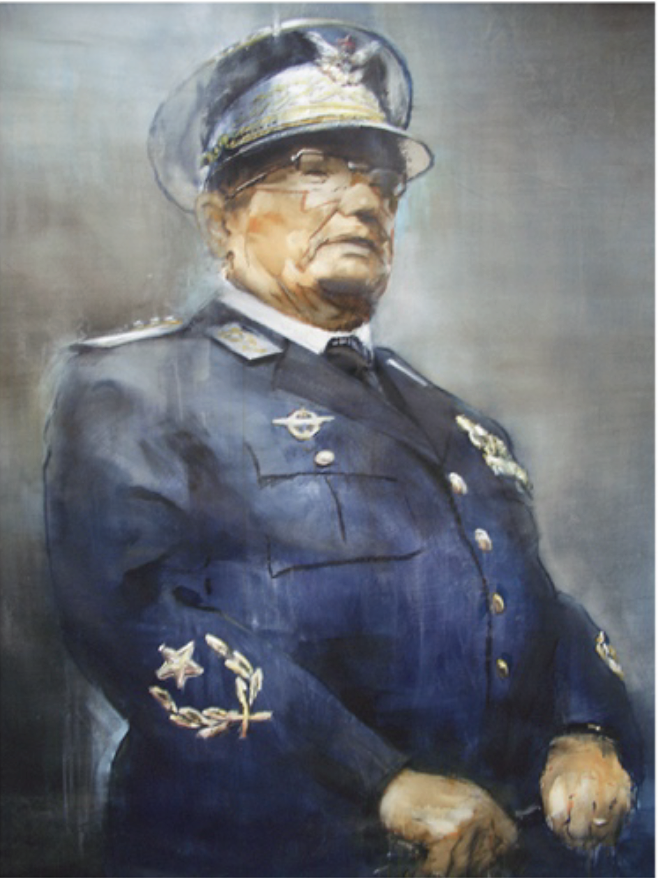 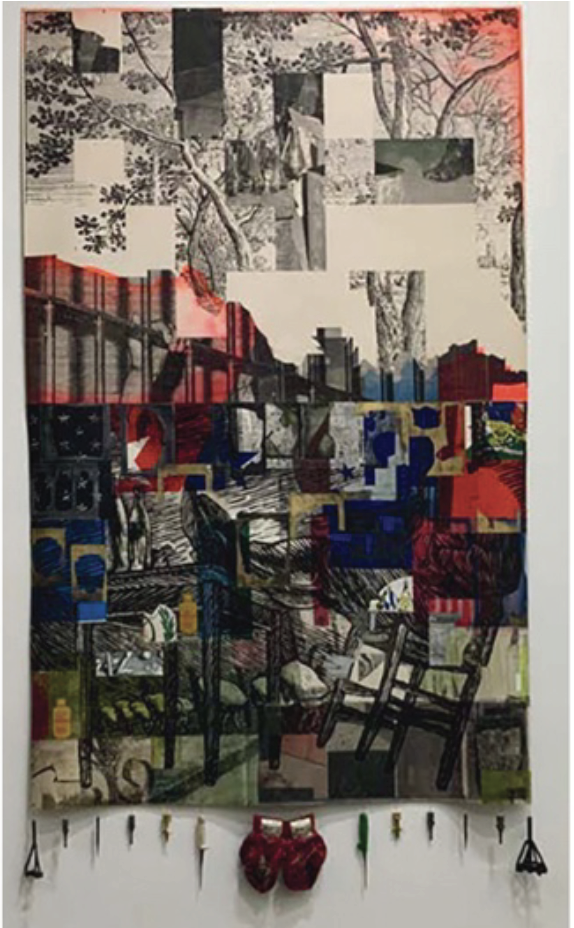 May 1 Poets and writers are invited to submit works for one or two voices inspired by the art in How We Live: Part II at Hudson Valley MOCA. How We Live: Part II can be viewed along with background information on the artists
(click image for artist bio). A video walk through of the exhibition is also available.

Hope you will join us for Writing Off the Walls: Creativity in the Age of CoVID.
Mara, Livia and Jo-Ann 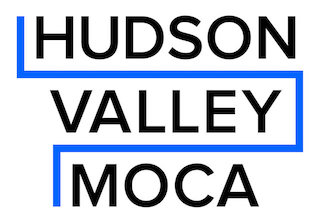 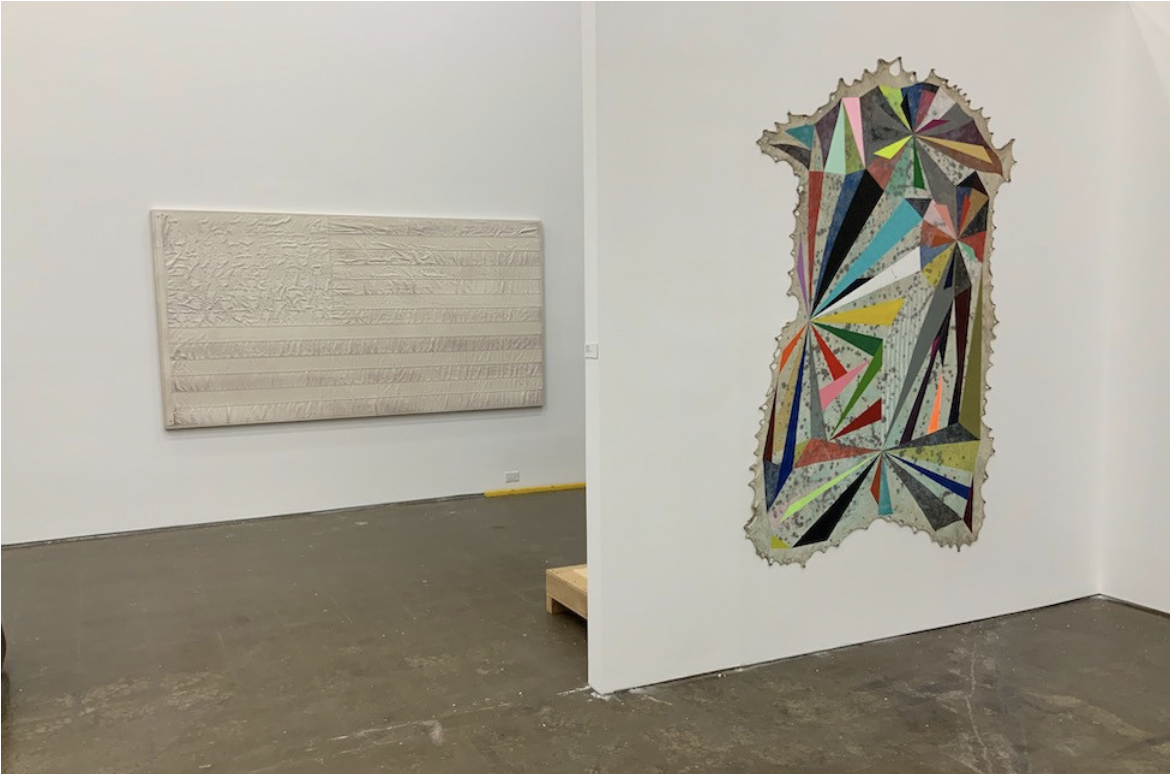 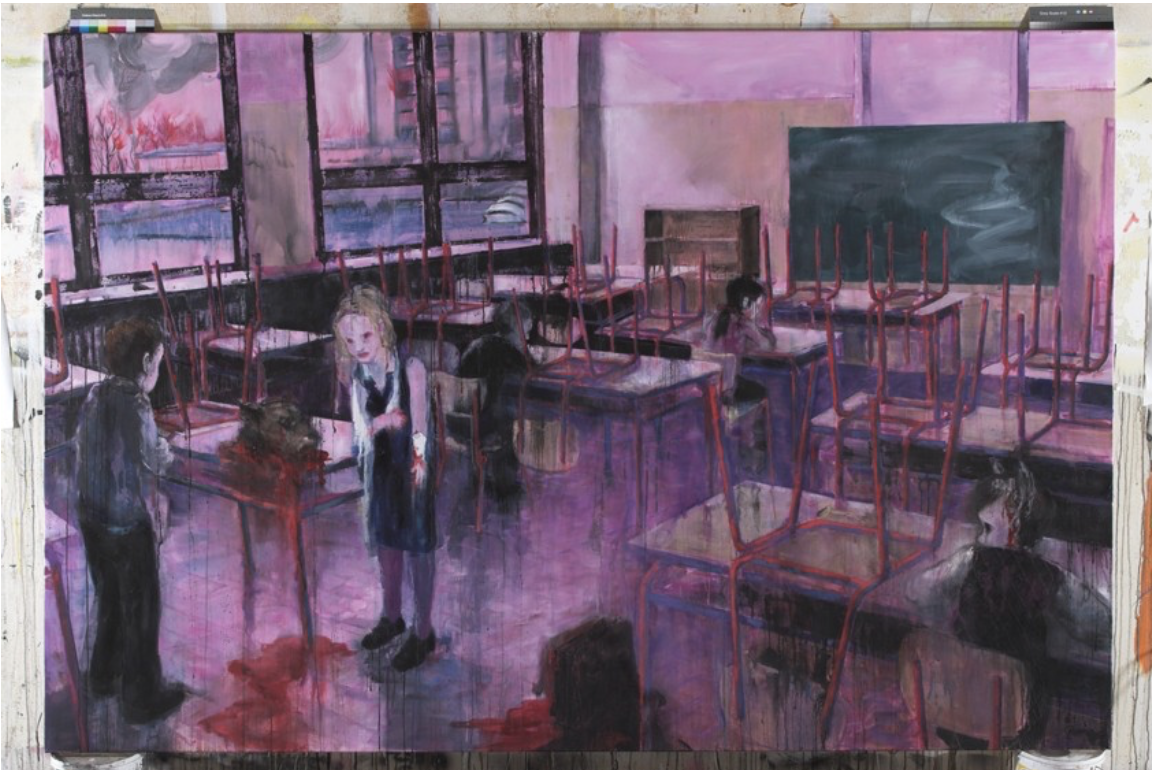 Bolf, Classroom, 2009
Click here to View how we live: part iiclick here to view a the exibition

Accepted poems are hung next to the artwork that inspired the written word, visitors to the museum having a chance to see the dialogue between art and word.

Usually there has been a culminating performance, a day at HVMOCA where, moving from artwork to artwork, the poets read their works in front of their particular chosen work of art as the audience walks from piece to piece, gaining new insight, energizing the space.

This past year the live performance did not happen. With the pandemic at its height, we took to the waves, posting the 2020 poetry catalogue on-line and offering audio/visuals of the poets reading their works relating to the 2020 exhibition How We Live. The ability to hear the poems in the poets’ own voices as often as one would like, the art works as their backdrops, has been a positive result of adapting to the requirements of CoVID.

With pandemic strictures still in place, we are launching Writing Off the Walls, an on-line Visual Art and Word event, offering writers a chance to interact with the art works in How We Live: Part II. While the initial exhibition featured sculpture and video, two-dimensional works have been added, works that speak to challenges we daily face. Writers are to focus on the works new to the exhibition, though dialogue can reference the original sculptures and videos as well. 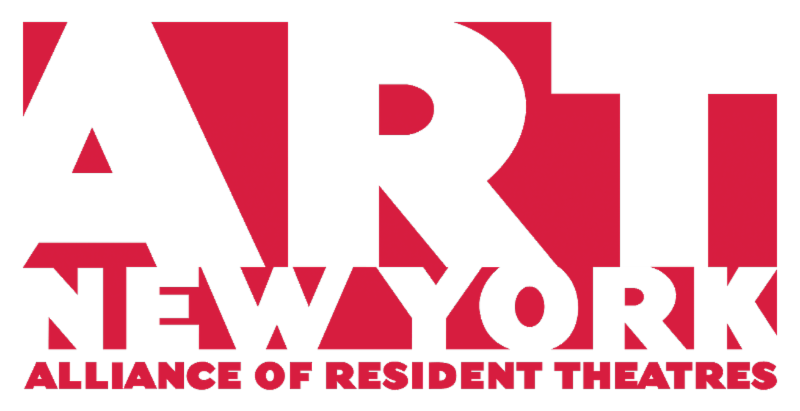