To have a closer look at Duane Slick, please click on the images
and scroll. 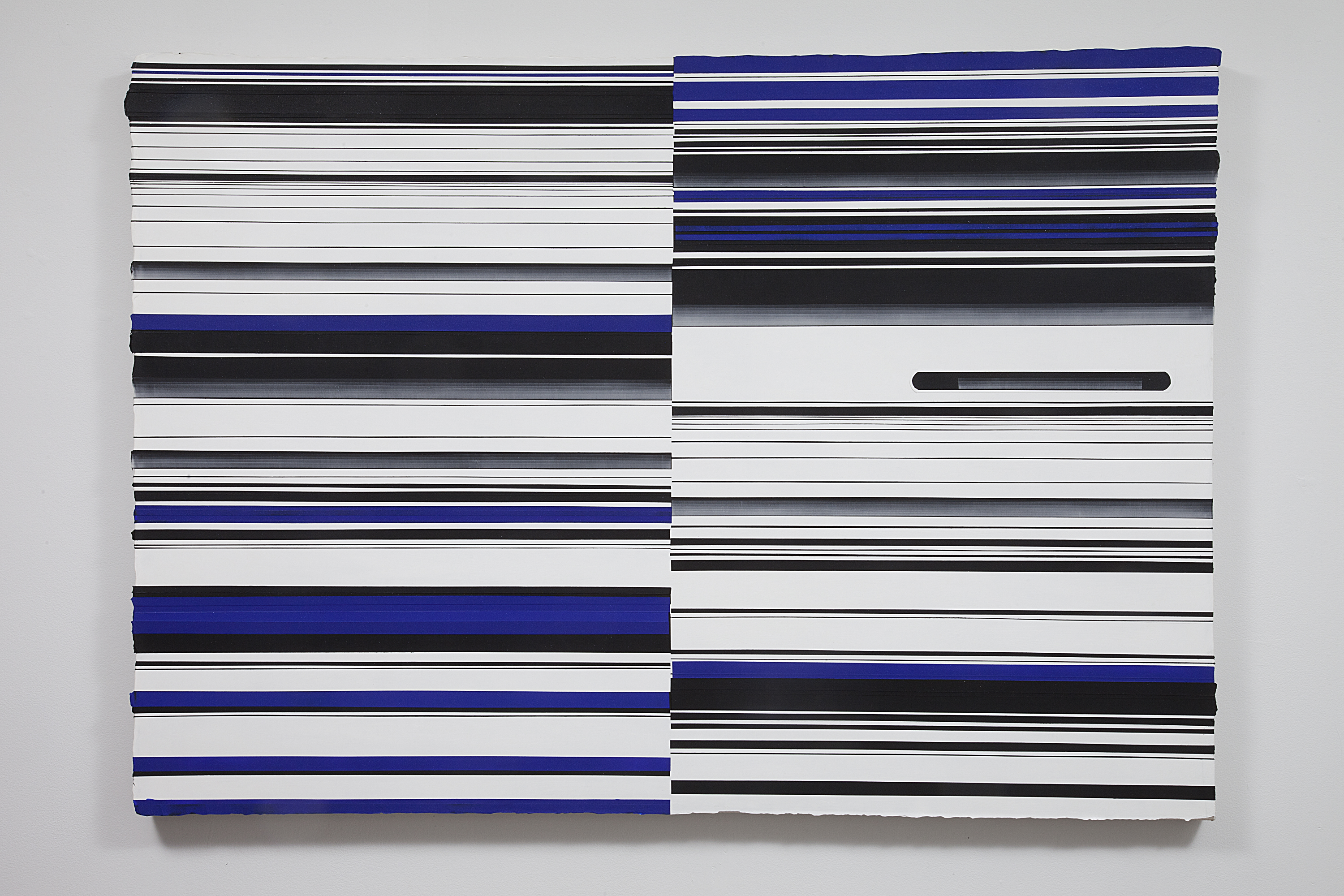 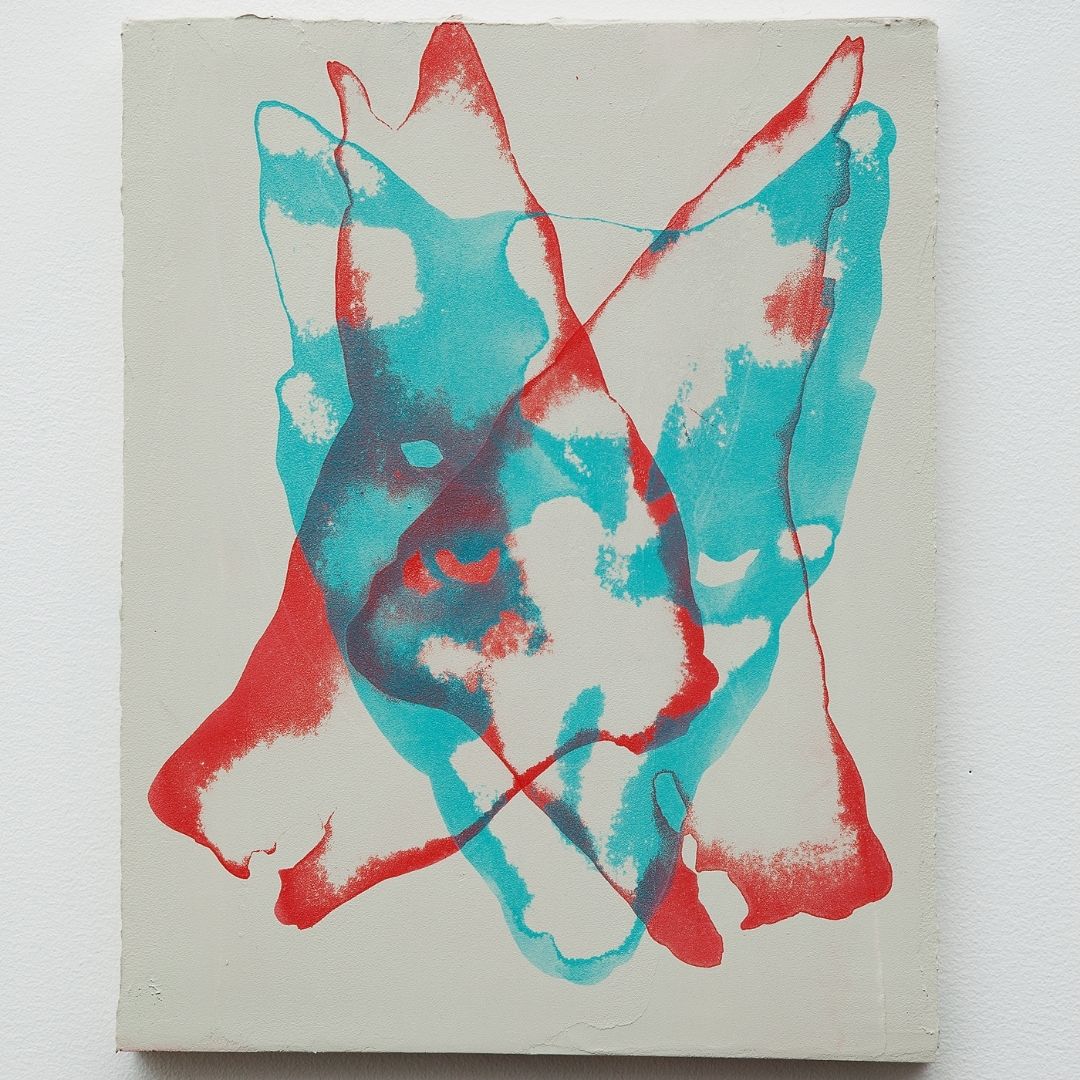 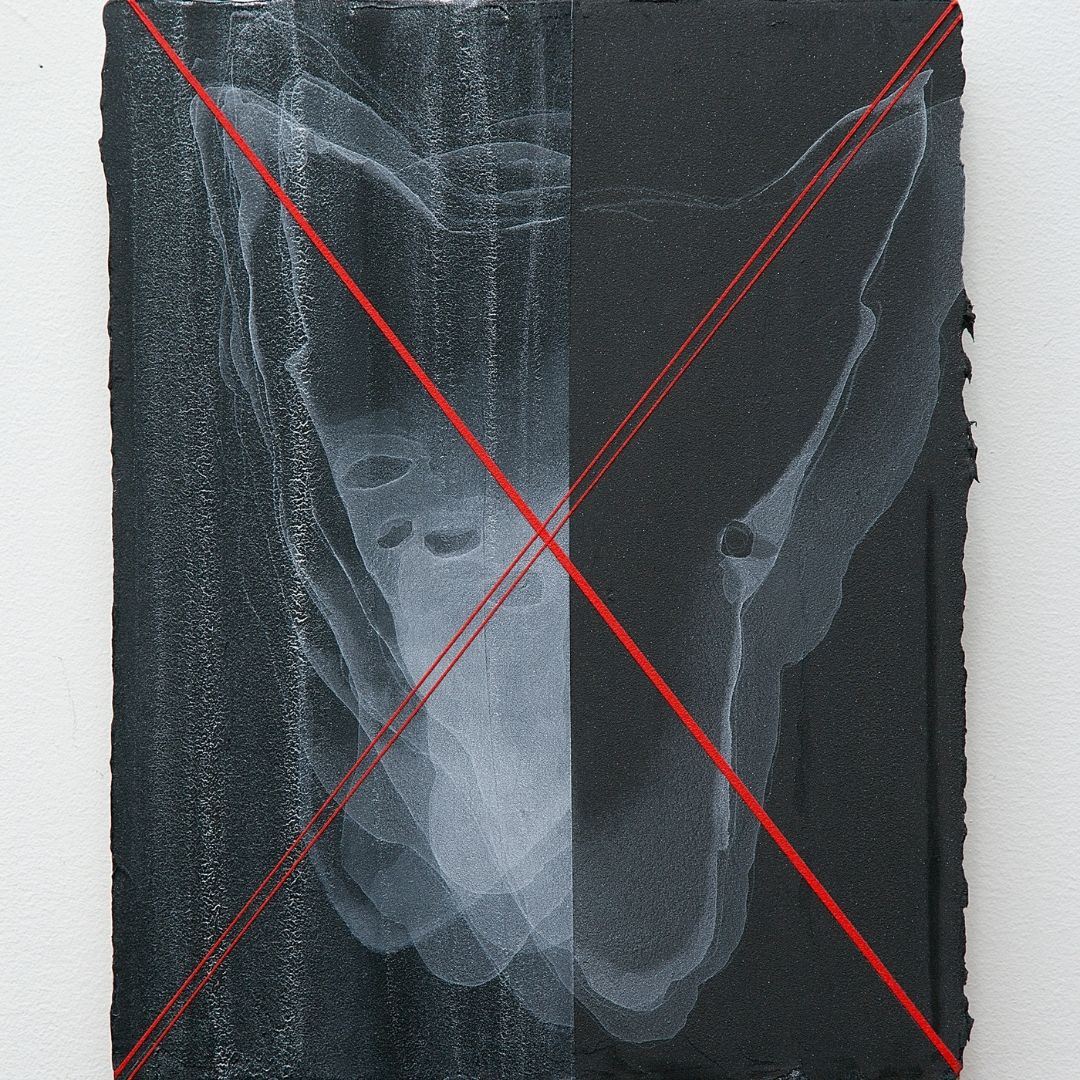 A Coyote Looks Into His Mind 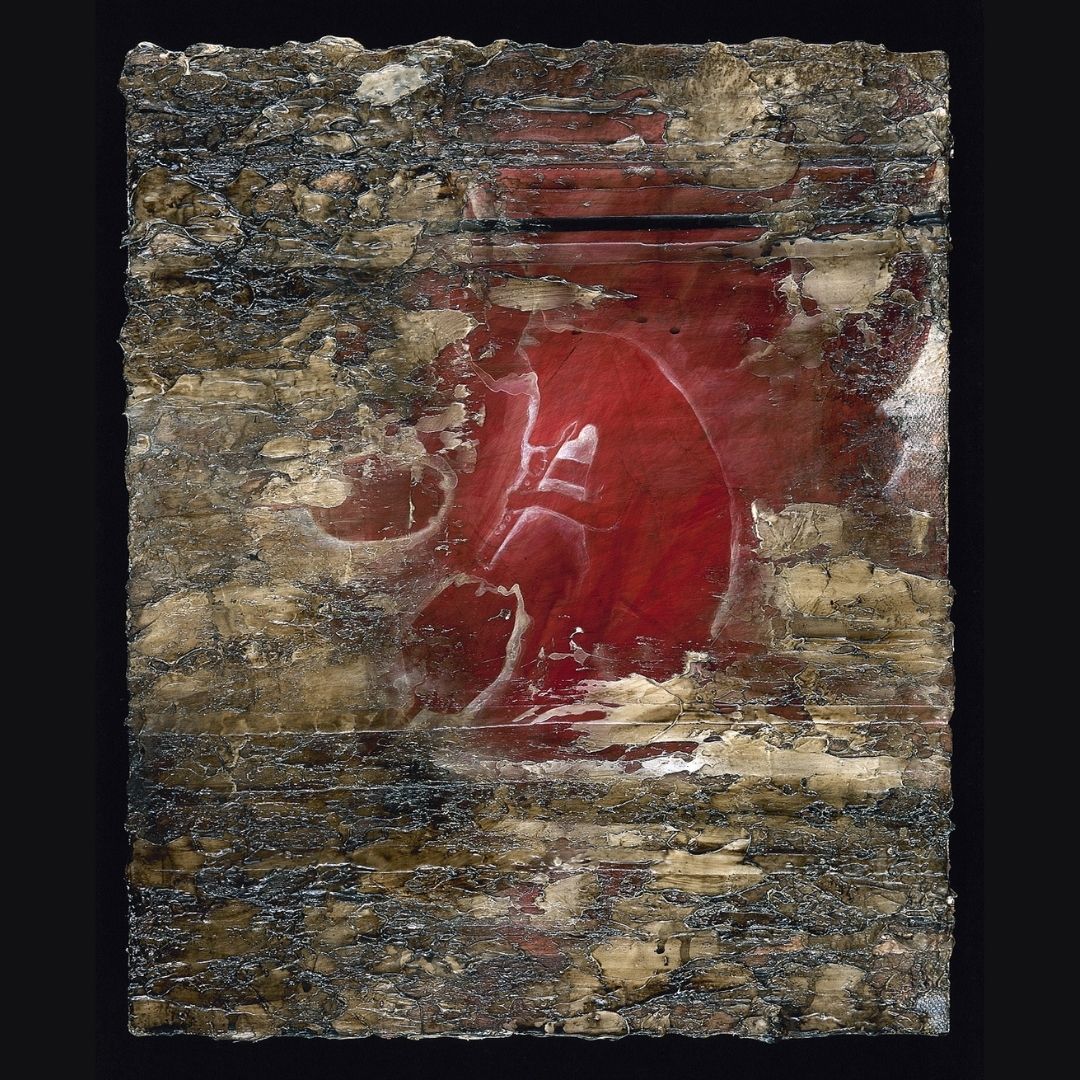 Features two columns of horizontal colors, of blue, gray, black, and white. The image is both reminiscent of historical Native American weavings as well as contemporary, minimalist and color field paintings.

For Slick, the Natve American narrative had been stunted by the settler state's historical stereotypes. The coyote trickster protects tribal wisdom and also exposes the weakness of western lies. In Slick's art, the shifting images of the coyote trickster speaks to his availability to reveal hidden truths. Slick sees the coyote as laughing and unaffected by the majority culture's narrative because he sees through it.

on loan to the Rhode Island School of Design. 2015

Please feel free to select the above tabs to view Duane Slick's work.

Visual artist and printmaker Duane Slick is an educator and scholar. Currently a professor of Painting and Printmaking at the Rhode Island School of Design in Providence, Rhode Island, Prof. Slick defines himself as a first generation Urban Indian. Even though moving comfortably in ‘mainstream’ academia and the art market, he is ever mindful of bearing stewardship for his family, relatives, and honoring his culture.

Honoring his culture involves navigating the internal protection and continuation of his tribal ways with the external uplifting and recognition of his father’s Meskawki, and his mother’s Ho-Chunk (Winnebago) heritages. As a child Slick remembers his mother often telling him and his siblings that when they’d go to school, to not share details of their tribal ceremonies, “... the white man doesn’t understand the Indian. If you tell them anything, the first thing they will try to do is take it all away.”  While respecting his parents ‘law' Slick recognized the spirituality and majesty that was manifested in his families’ songs, regalia, and ceremonial traditions.  He soon had an epiphany that even though he wasn’t to speak about what he learned and celebrated; that didn’t mean he couldn’t paint it or draw it. Visual art and printmaking became Slick’s ‘voice.’

Initially, Slick worked in oil and produced landscape-based abstractions. However, in the early 1990s, while attending a two-year artists’ residency at Provincetown, Massachusetts’ Fine Arts Center, his focus changed when working on a project with the Montana-based Submuloc Society. To counter the Columbus Quincentenary, the Submuloc (Columbus spelled backwards) worked with the FAC artists to create an exhibition that answered the question, “What is strictly political art?”

For Slick, answering this question meant mining the stories of his parents and immersing himself in indigenous poetry.  It was also during this time that he was drawn to the traditional stories about the Coyote trickster. Slick says he answered the question by turning his studio practice over to the Coyote. Via what he called an early recovery project, Slick would take marketed objects from Indigenous cultures, mount and then light the objects to create paintings, often on glass, based on a layering of  the objects’ shadows. Through this process, he refocused the value and importance of the objects and their representative cultures.

Slick is focusing on his upcoming one-person exhibition at the Aldrich Museum of Contemporary Art in January of 2022. The show’s title, "The Coyote Makes the Sunset Better” (also the title of one of Slick’s paintings), references his interest in the trickster character.  He said it is open-ended enough for viewers to project and glean a narrative from the exhibition.  The exhibition will feature a mix of the artist’s recent and new work.  Given his present investigation into size and scale, the work will include some of the largest paintings he has made.  Three sets of work will be highlighted: Slick’s groupings of coyote mask paintings (or portraits); large stripe-landscape-abstractions; and three-dimensional scanned animations of objects important to the paintings. The exhibition will also showcase hard-edge graphic black and white paintings and atmospheric abstractions on a darkened or black field.