To have a closer look at Nicholas Galanin Yéil Ya-Tseen, please click on the images
and scroll. 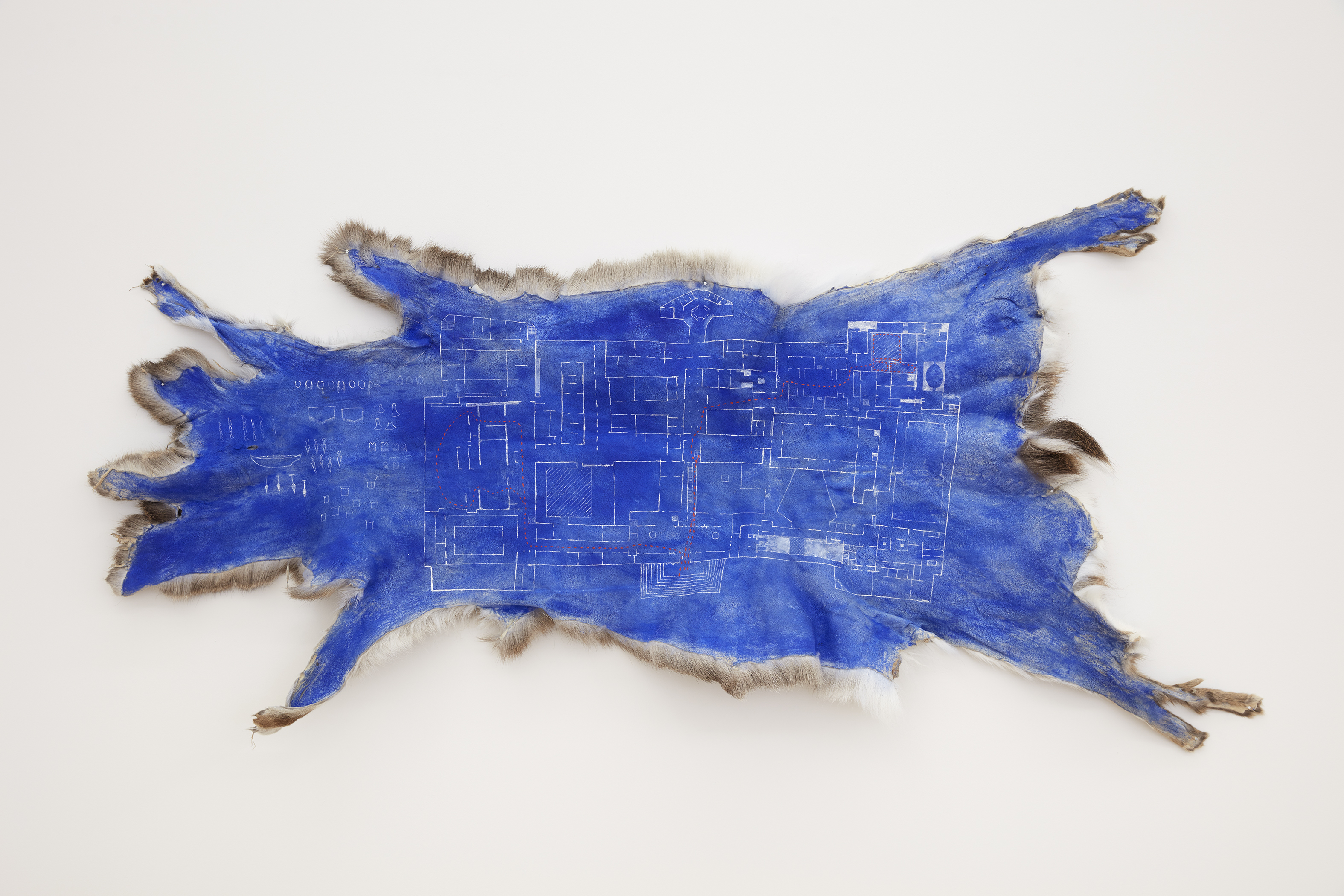 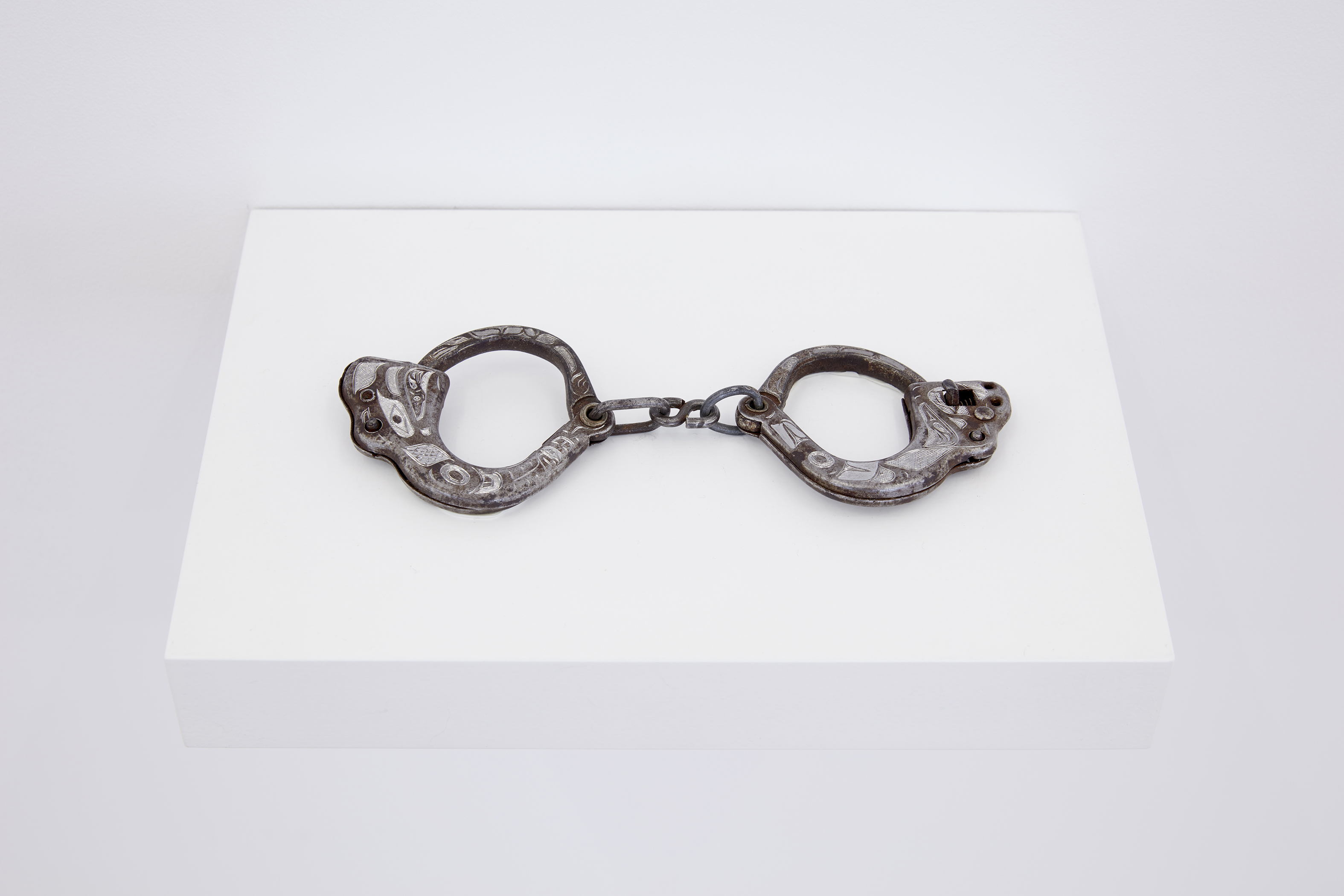 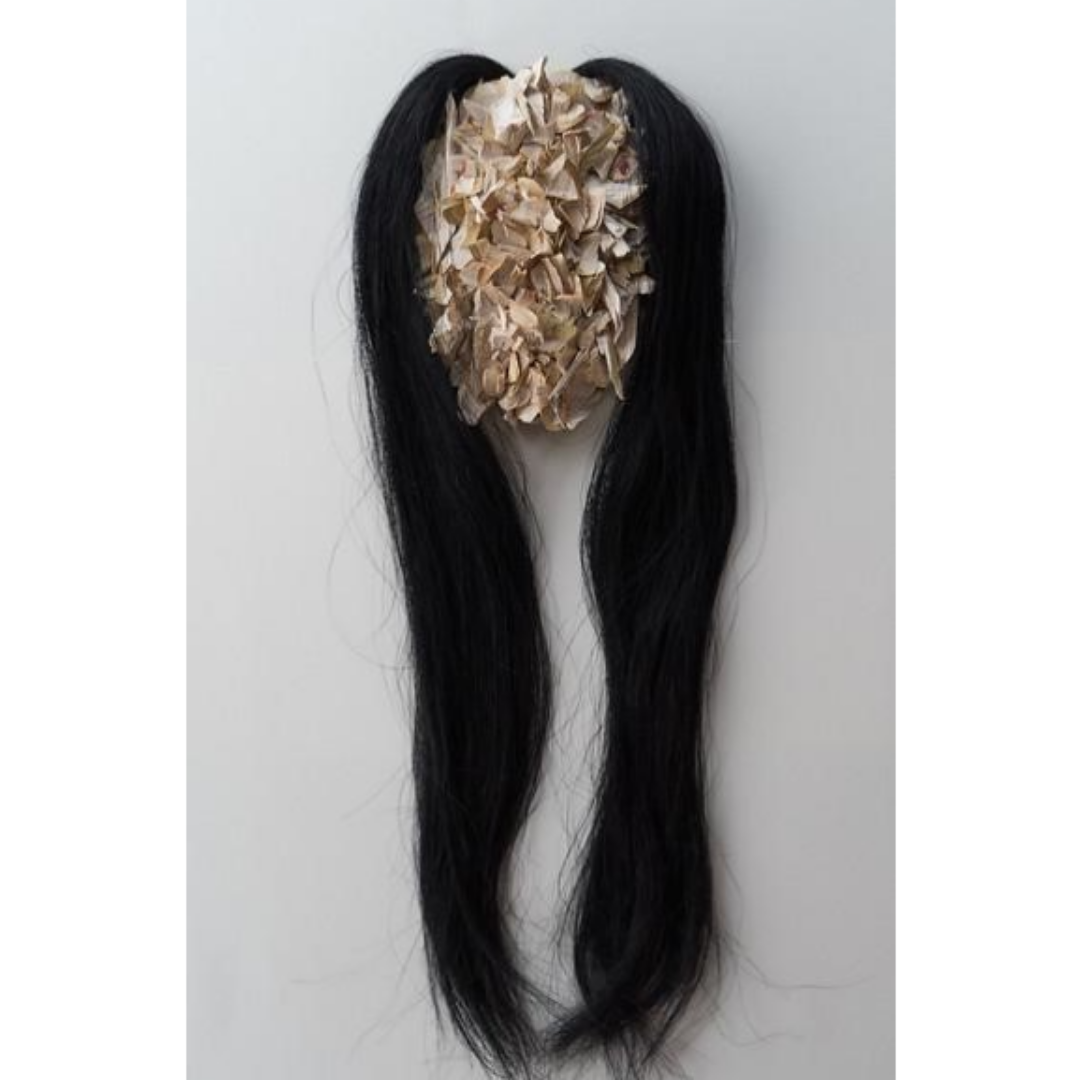 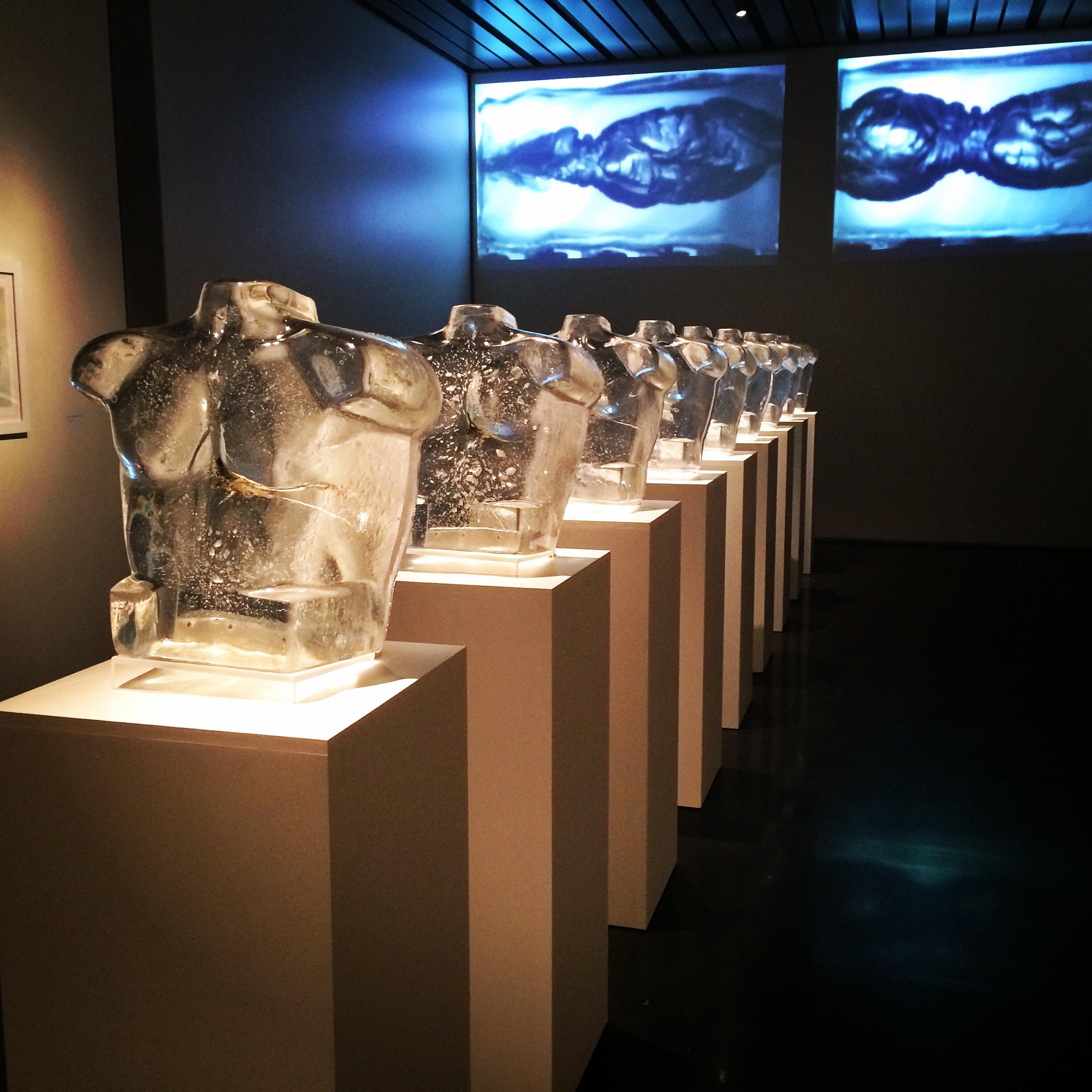 Architecture of Return, Escape (Metropolitan Museum of Art) is the first in a series of works Galanin created on skin hides. Each of the paintings highlight an escape route in a museum for Indigenous ceremonial and everyday artifacts from their prison glass enclosures. Here, Galanin’s work calls out the Met in New York City. The painting is a map, detailing the objects’ escape route along the hallways, turns, and steps on the floor plan.

Courtesy of the artist and Peter Blum Gallery, New York

The bracelet is actually a pair of small handcuffs similar to the kind forced on Indigenous children in America and Canada when they were taken from their families and put into Residential Schools. Continuing Tlingit jewelry-making and carving arts, Ya-Tseen honors the traditions of his people by engraving metal with imagery that invokes historical, cultural tattoos.

Indian Children’s Bracelet is one in a set of three. The other two Bracelets are in permanent collections in two separate museums. The three bracelets are never to be reunited symbolizing the separation of Native American families.

The Saved Man exposes both cultural appropriation and the insidious destruction of Indigenous culture by the settler church and government.  Wood shavings formed into a shape resembling a human face are framed by long, black strands of hair. The wood shavings were created from the smashing of a fake Tlingit mask (made in Indonesia). The wood pile references Indigenous people's internal and cultural disfigurement brought about by American civilization and religion.

A Supple Plunder is a collaboration with Galanin's brother Jerrod Galanin who uses the pseudonym Leonard Getinthecar. The work brings attention to the torture and deaths endured by Indigenous people. The work consists of mounted ballistic torsos and two-channel videos which honor twelve Unangan men who, during the 1760s, were bound together by Russian invaders and experimentally shot to see how many human beings could be killed with a single bullet. A Supple Plunder is meant to be an anti-monument.

The spirit of Ya-Tseen flows through the artist’s wide and diverse range of work. ‘Ya-Tseen,’ also the current name of his music group, translates as ‘Be Alive.’ It manifests in his multi-disciplinary visual art, musical compositions, performances, and courses through his silversmithing, jewelry making and film projects. All of life captures Ya-Tseen’s attention.

Galanin’s Tlingit/Unangax culture grounds his artwork. His ancestral connection to home both on land and sea enables him to speak truth to this settler state via “cultural memory, and lived reality that travels forward and backward through time.” Galanin goes on to say, “Much of my practice presents intersections for engaging and revealing the viewers’ perspective and position. Living in a post- apocalyptic colonial means that we are engaging with the settler state daily on many levels.

Ya-Tseen finds inspiration in all life, echoing the title of one of his videos’ “Listen to the Land” he observes, “So much can be explored or seen if you open up and listen.”