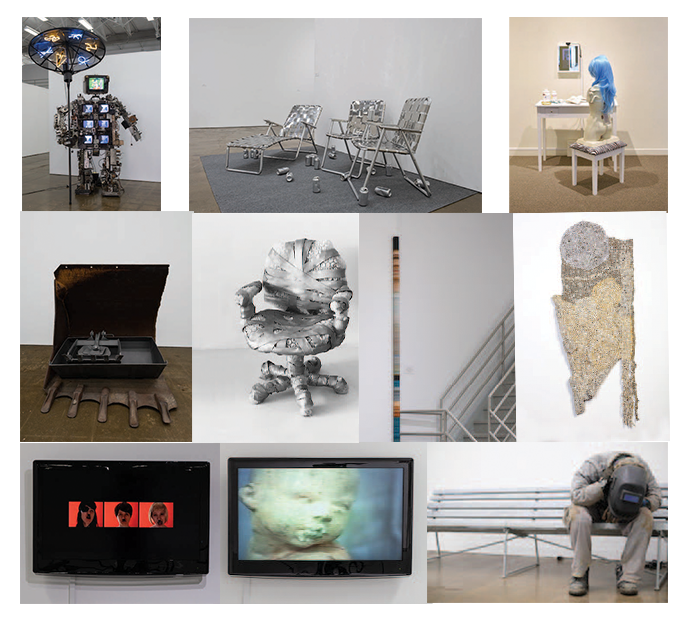 A telescreen monster greets you at the door,

six jittering screens for a torso, two for its eyes.

Everywhere exhibits of how we live amid manufactured magic.

Glimmering patio chairs and a scatter of beer cans.

Venus of the Anthropocene shut down awaiting computer repairs.

A mammoth bulldozer mouth poised to crunch what sits inside it.

A comfy chair chuffed up with bubble wrap.

Chief justice imagined out of a thousand keyboard buttons.

In a far corner, a refugee from a previous year,

sits on a bench, his clothing muddy, tattered and gray,

his back to other human figures torn out of fantasies,

his hands at his neck holding his head bent down

as if to avoid looking at life as it passes him by.